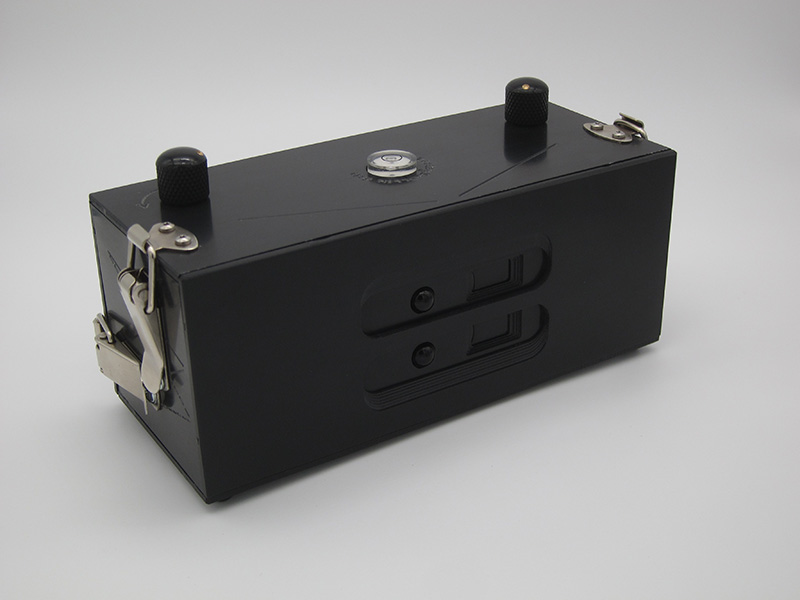 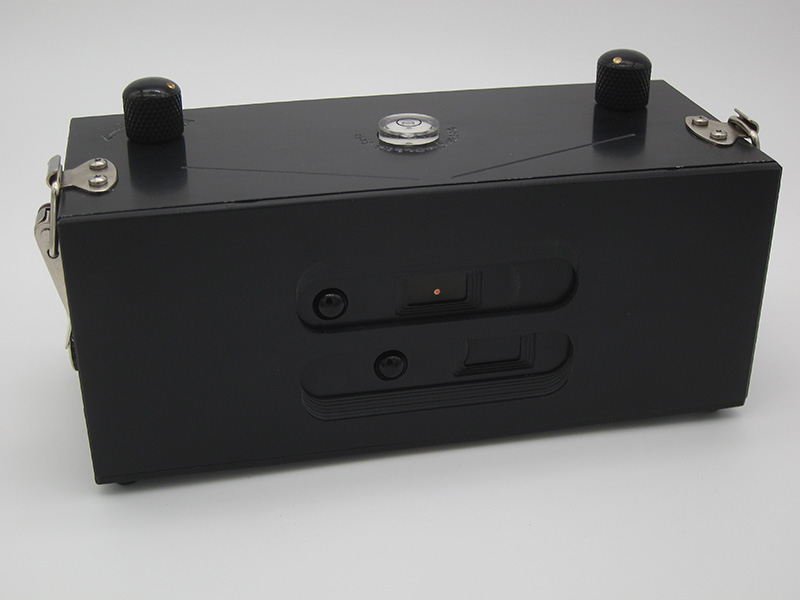 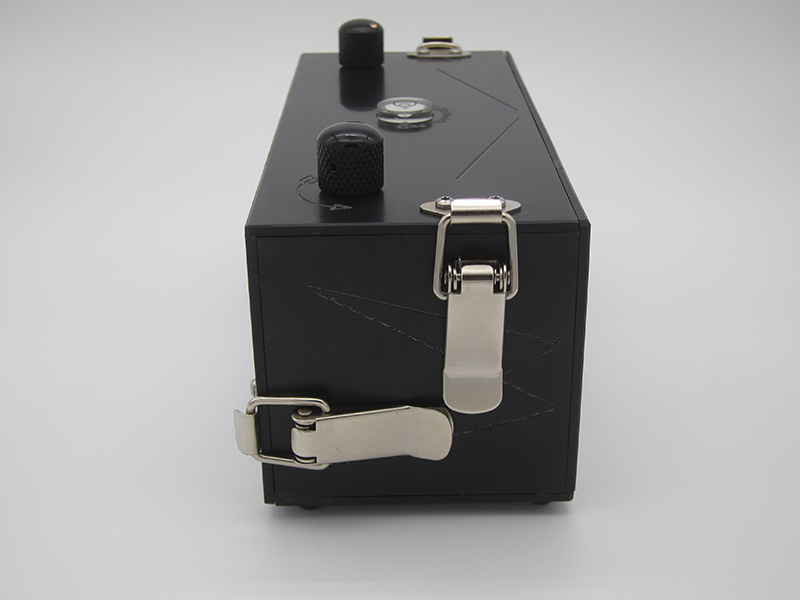 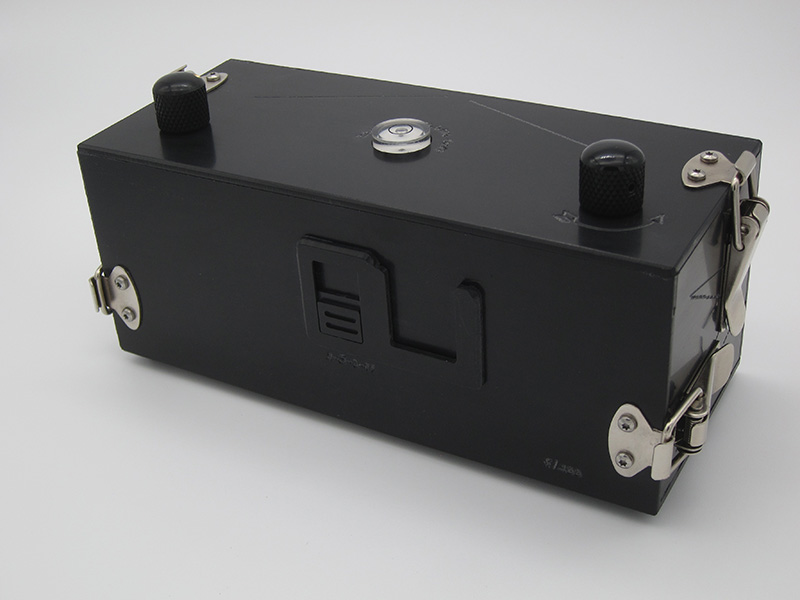 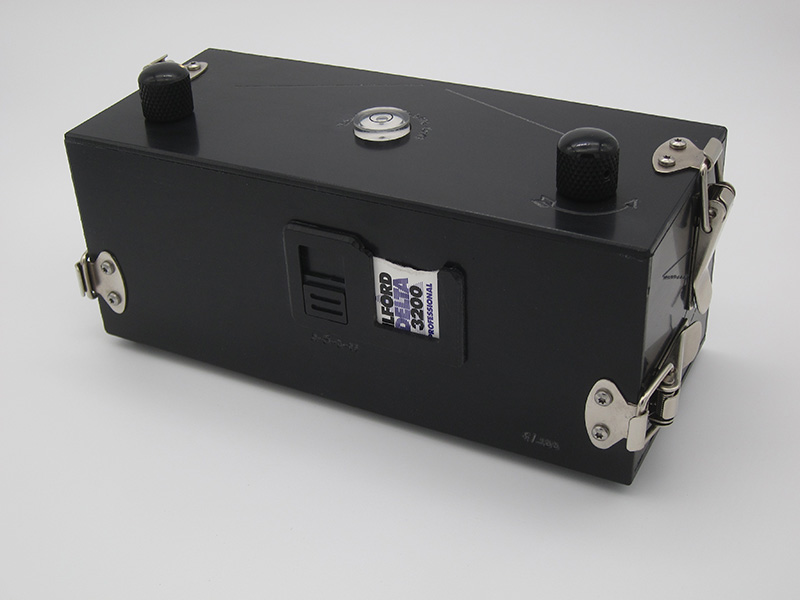 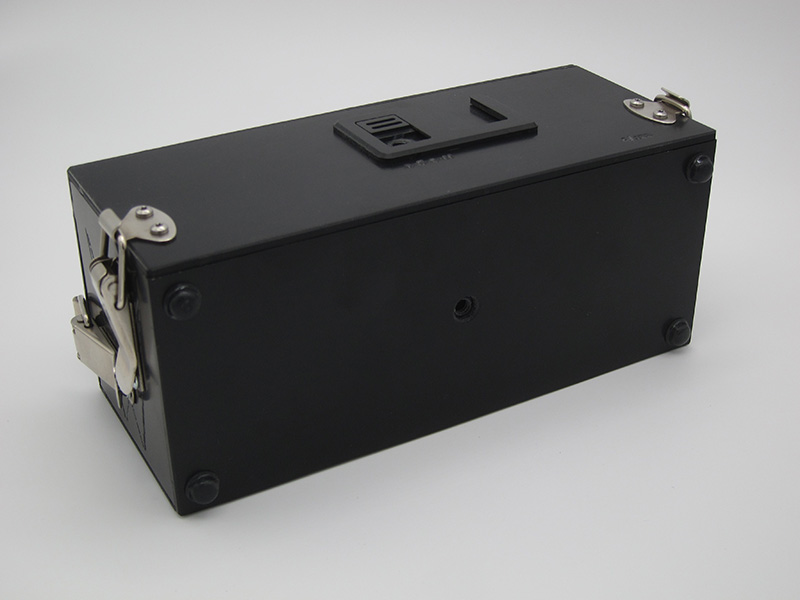 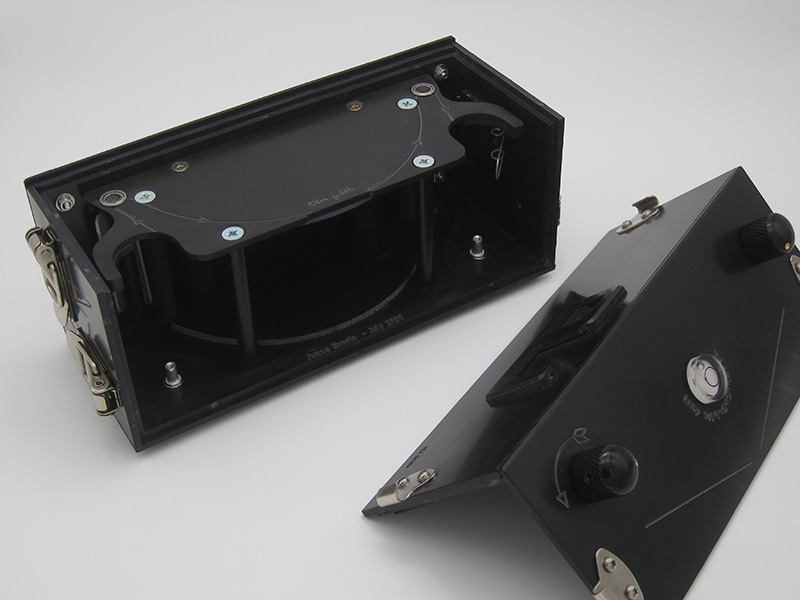 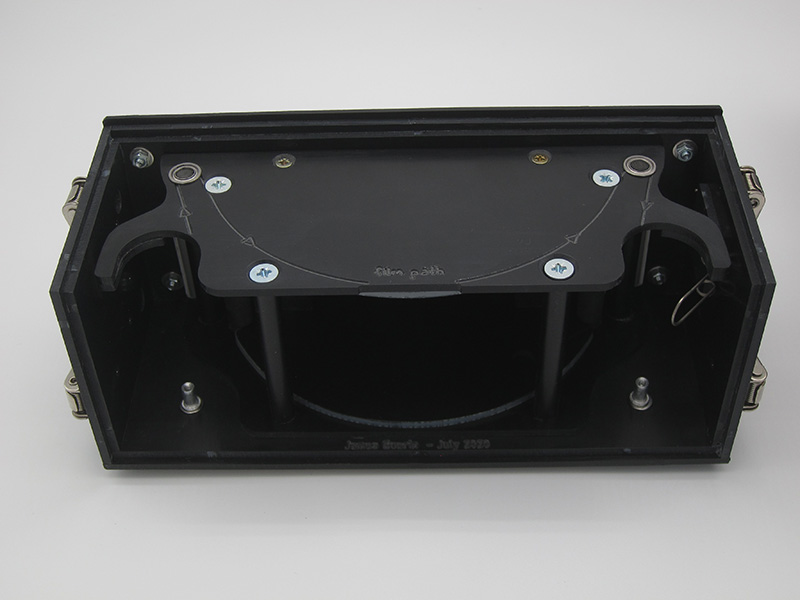 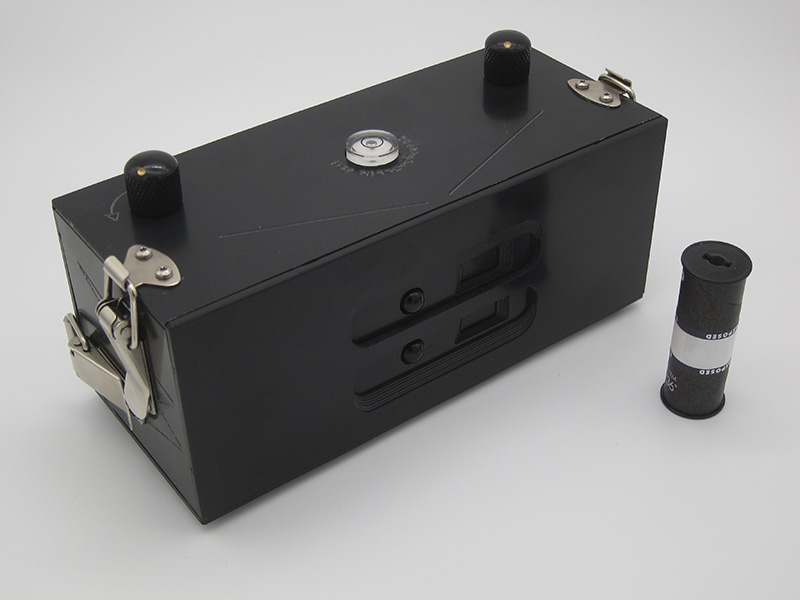 The pinholes are of very high quality/accuracy and are sized for this focal length/format to provide the optimum sharpness possible. Check out these brilliant photos by Zeb Andrews that were made using the 6×17 camera…

these by Chester Chen (he sometimes stitches shots taken with then upper and lower pinholes in order to create panoramas with a greater angle of view)..

this one by John Ford..

and these by Andy Martin :

The film plane is curved to ensure even exposure across the negative, not possible with a flat film plane with such an extreme wide angle view (141° angle view of equates to a focal length of 6.4mm in 35mm terms). The film path follows a curve of radius 70mm with the pinhole as the centre of the radius – thus the light travels the same distance  to all parts of the film. Compare to a flat film plane camera where the distance of the pinhole to film distance increases towards the frame edges causing darkening in the corners of the resulting photos. A side-effect of the curved film plane is that it results in a curved horizon in your photos unless the photo is taken with the camera level.  This is why a precise bubble level features on the top plate of the camera.

As mentioned above, if you want to have a straight (not curved) horizon in your photo then you need to have the camera level. A consequence of having the camera level,and a pinhole in the center

would mean the horizon dead center of every photo. That is why this camera has a pinhole above and below center. It’s simply a matter of making better composed photos. You can chose to place the horizon on either the upper third (use the lower pinhole) or the lower third (use the upper pinhole). Of course you can also shoot with the camera not level, or even use both pinholes simultaneously. Each pinhole has it’s own independent shutter. They both have a smooth sliding action and minimal effort is needed to close the shutter. A reasonable force (just the right amount) is required to open the shutter as small strong magnets are used behind the front panel in order to hold the shutters closed. This prevents the annoyance of the shutter opening unintentionally. Upper/lower pinhole effect illustrated by photos (camera not moved between shots)..→

Only high quality materials are used in the construction to ensure durability. The camera body is CNC machined from high impact polystyrene (HIP) in a smooth matt finish.  Construction is by means of gluing or by using fasteners such as screws/bolts/nuts. The camera is designed so that the front panel can be detached (undo the nuts inside the camera) so that access to the pinholes is possible. Access to the shutters is given by removing this front panel also, in case cleaning is required.

The film path and transport was the most critical part in the design of this camera, the curved path is cut accurately along a 70mm radius with the pinhole at the center of this radius. The winding shafts that engage with the 120 spools are made from brass. These brass shafts turn in precision roller bearings that are seated in the top panel under knurled winding knobs. The knobs are made from steel, coated in a black enamel finish and fixed to the winding shafts via grub screws. The film travels from left to right (as viewed from behind the camera) and there is a simple flat spring on the take up spool to prevent un-spooling of the film upon unloading. As it is a 6×17 size negative frame numbers 2,5,8 and 11 should be used (each photo is 3 frames wide). If the film is accidentally wound past a desired frame number it can be easily wound back by turning the supply knob. A common problem with curved film plane cameras is that tension builds in the film and causes winding to become stiff. Providing a 2nd winding knob (both the take up and supply spools) solves this problem.  Any tension can be released by a half turn of the supply reel. Tension build up by friction on the curve has been minimized by the use of an anti-friction layer on the surface of the curve. This, along with the winding shaft bearings makes for a smooth and controlled feel when winding the film.

Watch the video to see how to load film to the camera… ‘https://youtu.be/1mMZsWLqFLU’

The price is €185 + shipping. You can buy it here.  You can also see more examples in the flickr group.

This website, and its component parts, are the property of RealitySoSubtle, and are protected by the copyright laws of France and under international law. The website, any images or designs may not be copied, duplicated, stored or otherwise reproduced, in whole or in part for any commercial usage without express written consent.